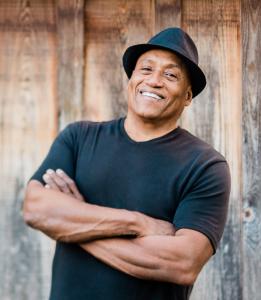 Billy Gaines on top of the charts with seventh number one 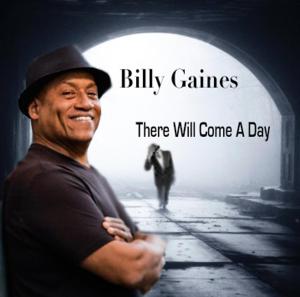 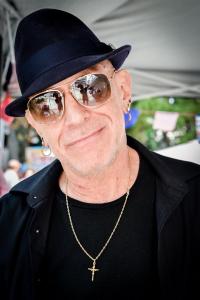 There Will Come a Day, performed by two-time Dove winner, Billy Gaines, has a great message; very well written and is now at number one on the European charts, and climbing in the U.S.”
— Stephen Wrench, CEO of MusikandFilm.com

NASHVILLE, TENNESSEE, UNITED STATES, May 17, 2022 /EINPresswire.com/ -- Dove Award recording artist, Billy Gaines hits the top of the charts this week with his seventh number one radio single, "There Will Come a Day", produced by the legendary producer, Ted "Theo" Perlman; and written by Nashville hit songwriters, Lacie Carpenter and Thornton Cline.

This week Gaines is at number one on both the World Indie Top 100 Music Charts and on the Euro Indie Radio Network Top 100 Charts. Hundreds of U.S. Billboard radio stations are spinning his tune. It is expected to chart in the Billboard Hot 100 Charts soon. Previously, Gaines has had six number one Billboard charted singles and has been featured as a recording artist on projects With Peabo Bryson, Vanessa Williams, CeCe Winans, DC Talk, Carman, and Nicole C. Mullen. This week Billy Gaines can add a seventh number one to his credits.

"There Will Come a Day, performed by two-time Dove winner, Billy Gaines and written by Thornton Cline and Lacie Carpenter has a great message; very well written and is now at number one on the European charts, and climbing in the U.S.," Stephen Wrench, CEO of MusikandFilm.com.

The single has been released on the Nashville-based record label, Clinetel Records, managed and administered worldwide by Reel Muzik Werks in Los Angeles and Nashville. The project was produced by the legendary, Ted "Theo" Perlman, producer of hits with Whitney Houston, Bob Dylan, Chicago, Diana Ross, Burt Bacharach, Ringo Starr and Joe Cocker.

"Life is a gift and so are the words that come to me," Nashville hit songwriter, Lacie Carpenter said. "At 5:30 a.m. a few weeks ago, I was gifted these lyrics. I thank God for my musical gifts and these lyrics in hope they will give the world peace."

"This mid-tempo, power anthem is reflective of the chaos and turmoil going on in this world today. But this song offers hope. Listeners will immediately be able to identify with the message," Nashville hit writer, Thornton Cline said.

The song has received rave music reviews.
"It’s difficult, if not outright impossible, to dislike Billy Gaines’ “There Will Come a Day", " says Daily Pop News.

"Billy Gaines has hit upon just the right presentation for this single and I’m grateful to hear its message when the world seems to get crazier every day," said Indie Music Review.

Billy Gaines is a much sought-after studio vocalist. Gaines music video for the song, "That is Why" soared to number 2 on the BET Video Charts.

Gaines most recent accomplishments include his singing and acting role of the character of Moses in the Kathie Lee Gifford movie, "The Way". Gaines recorded the song, "The God of the How and When" for this film. Billy Gaines has inspired audiences worldwide for more than three decades through song, television, radio, albums and live performances.

Hit Nashville songwriter, Lacie Carpenter is an award-winning musician and known as a dynamic music performer, author and scholar. Her first album, "Nothing is Real" was produced by the legendary producer, Wayne Moss and received rave reviews within the Americana genre. Carpenter's song, "Back Together" is the theme song for the World Craniofacial Foundation. Lacie Carpenter's recent song, "My Lucky Song" reached number 1 on the World Indie Top 100 Charts and the Euro Indie Network Top 100 Charts with co-writer, Thornton Cline. Carpenter recently signed on as a recording artist with Nashville-based label, Clinetel Records for her artist deal. Her first single release is scheduled for the fall of this year.

Thornton Cline has been been nominated for Dove and Grammy Awards with seven charted number one singles, and five top-ten singles on the Billboard Charts, the Euro Indie Radio Network Top 100, the World Indie Radio Top 100 and the official U.S. Top 20 Countdown. He was honored twice by the Tennessee Songwriters Association International as "Songwriter of the Year". In April of 2021, Thornton Cline was inducted into the Songwriters Hall of Fame by the Tennessee Songwriters Association in Nashville, Tennessee. Cline has had over 150 of his songs recorded by Engelbert Humperdinck, The Manhattans, Billy and Sarah Gaines, Rebecca Holden, Tammy Trent, Tim Murphy, JoZie, Luckie Boy, Mark Chestnut, Gary Puckett (Union Gap), The Anchormen and many more. Cline is published author of 36 books and was awarded the Maxy Literary Award in 2017 for "Children's Book of the Year".

Pharmacovigilance Global Market To Grow At Rate Of 12% Through 2026

Pharmacovigilance Global Market To Grow At Rate Of 12% Through 2026