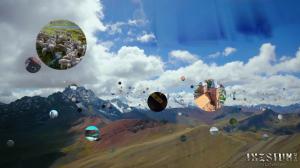 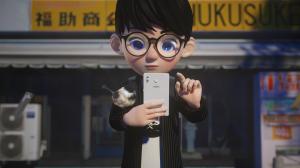 You don't have to be a comic book lover to enjoy this selection of animated films.”
— Dennis Cieri, festival founder

NEW YORK CITY, NEW YORK, UNITED STATES, May 17, 2022 /EINPresswire.com/ -- The NYC Independent Film Festival in New York will again this year present a special program on animation films. A wonderful collection of films that excel in intelligent story and visual discoveries. You don't have to be a comic book lover to enjoy this selection of animated films.

Animation films are now a serious festival category in their own right. The days of simple 2D cartoons are long gone since the entrance of 3D computer animation. As it has always been art-in-motion, if you count from the first petroglyphs in prehistoric times to the present day, the emphasis today is very much on the character development of the main character in the animation. Be it an animal, a fantasy creature, or a natural phenomenon, it almost always has human-like behavior, mood expressions, or acts according to rational considerations so that the viewer can identify with it. In this way, storytelling or the transmission of a message runs more smoothly.
In that sense, an animation program at a film festival is almost always a thrill to experience. You will see a wide range of film techniques and different types of storytelling. The smooth 3D style of the Pixar studios, to more traditional stop-motion way to storytelling forms with collages of drawing and photo.

The first three films are very obviously examples of the Pixar school: 'Rawr Rawr Land', 'Barking Orders' and 'Dino Bone'. In 'Rawr Rawr Land' two dinosaurs personify two opposite ways if living in times of immediate threat and danger: take shelter or dance the night away.
'Barking Orders' is comic but at the same time grim British film, in which the royal dog, the Queen's corgi finds himself next in line for the throne after all the other royals die in a plane crash. Pretty amazing to tell a complete and funny story in such a brief time. In 'Dino Bone' a fossil of two dinosaurs leads to a series of comical assumptions of what the animals might have been doing at their time of death.

Animation films are ideal for depicting things that you cannot capture with a camera: fantasy or the supernatural. 'Ixestum' for instance is an amazing lengthy animation film on the creation of life, of this world as we (don't) know it. Filmmaker Kipp T. Jarden, from Nyack, New York, presents an amazing assortment of styles, seemingly unrelated, but which the creator somehow manages to seem like one coherent piece. High quality of storytelling that makes you wonder about your own existence and to what world we actually belong to, and why.
'Singularity' does the same thing, based on a poem by Marie Howe, 'Singularity' is a meditation on the connections between the grandly cosmic and the intensely personal. Beautiful poetic and artistic rendering of questions about nondualism and the origin and nature of the universe. deep, but brings it to a searching personal level.

'Rocks' is a 2D animation film that talks about a young woman dealing with difficult memories of her father, an astronaut, and his decision to go away on a long space flight when she was a young girl. Mostly minimal in its form, it has the right level of detail. a lot when it adds to the story, and minimal when not needed. A good story and sweet.

Short films must have that one powerful message and animation films are no different from regular films in that regard. Many of the animated films shown at the NYC Independent Film Festival point to human behavior. 'Tango Through Life' for instance, a stop-motion film, explores how every human interaction with others effects and changes us. It is a rather universal experience, presented in a unique way through the traditional Tango dance. Very original in character design.
A jury's favorite is 'Connection' in which a boy finds many floating smartphones on the street while walking. He walks around and searches for answers. A brief but insightful and symbolic piece about technology keeping us invisible to each other. Also a nice contrast of the cell phones and the bird as a sign of our animal (human) nature.

None of these animated films are childish stories, on the contrary, the question is whether some plots are suitable for the delicate souls of children. Or understandable for that matter.
Tickets for the animation program of the NYC Independent Film Festival in New York can be obtained at the festival website.