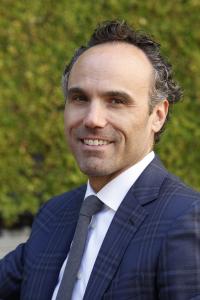 OAKLAND, CA, UNITED STATES OF AMERICA, May 17, 2022 /EINPresswire.com/ -- Erlich Law Firm has filed a proposed class-action lawsuit against Southwest Airlines for alleged violations related to employees exercising their rights under the federal Family and Medical Leave Act (FMLA). Affected Southwest employees in California and across the United States may be eligible to recover compensation.

Southwest Airlines (NYSE: LUV), a primary U.S. and international carrier, is accused of instituting a policy that effectively penalizes its flight attendants for taking family and medical leave. The company uses a points-based disciplinary system that adds points to an employee’s record for certain attendance violations and removes points for good attendance. Some Southwest employees who used FMLA leave were allegedly no longer able to have attendance points deducted from their records, according to a complaint filed in the U.S. District Court for the Northern District of California.

“Firing or otherwise retaliating against an employee who takes protected medical leave for an approved reason is unlawful,” commented employment attorney Jason Erlich of Erlich Law Firm, an employment law firm in Oakland, California. “If there is evidence that Southwest Airlines engaged in FMLA violations, the company should be held accountable. Taking legal action allows affected employees to pursue damages and end their employer's illegal practices.”

The lawsuit’s lead plaintiff Roreste Refuerzo started working as a flight attendant for Southwest Airlines in August 2006. He was terminated in February 2020 based on Southwest’s disciplinary points system in violation of the FMLA and California labor laws. Refuerzo represents a proposed nationwide class and California subclass of Southwest employees who used FMLA leave and were wrongfully terminated or otherwise harmed by the employer’s policy.

On May 12, 2022, the court rejected Southwest’s efforts to dismiss the case. The court ruled in favor of the lead plaintiff Roreste Refuerzo finding that his claims could support an inference that his FMLA leave “was a negative factor in the decision to terminate him; it quite literally gave him a worse score” and that “employees would be less likely to exercise their FMLA leave rights because doing so would increase their chances of termination." The court also rejected Southwest’s efforts to prevent the case moving forward as a class action. The court has not yet ruled on the merits of the case nor decided to certify a class.

In the meantime, Erlich Law Firm is interested in hearing about the experiences of current and former Southwest Airlines employees who used FMLA leave at any time since March 2019.

Southwest Airlines employees who would like to discuss their legal rights with an employment lawyer are invited to contact Erlich Law Firm. The consultation is free. There is no obligation to speak to a lawyer.

Erlich Law Firm provides skilled legal representation to workers facing family and medical leave violations and other employment issues. The law firm is dedicated to protecting the rights of employees in both California state and federal courts.

If you are associated with the press and would like to contact Jason Erlich for further questions about this case, send an email to: https://erlich.lawyer/contact/email-jason/