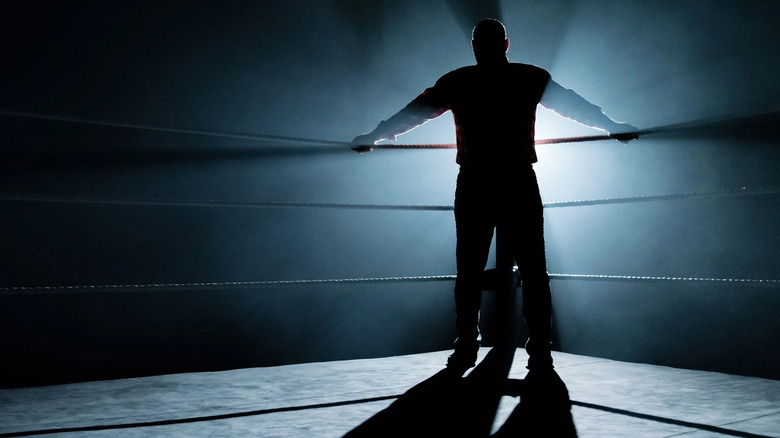 Back in the day, if anyone were to talk about what was happening behind the scenes in professional wrestling, they would be shunned relentlessly or worse. Although the locker room drama was often just as good if not better than whatever was going on in the ring, and if you knew which message boards to visit or which magazines to subscribe to, there's a chance that you'd still be privy to some of these stories. But most wrestling fans were completely in the dark about things like that.

All of that changed in the modern era thanks to tell-all interviews, company-sanctioned podcasts, and hard-hitting documentaries that leave no stone unturned. The best example of the latter is "Dark Side of the Ring," a Vice series co-created by Jason Eisener and Evan Husney. This fan-favorite show covered some of the most famous and infamous figures and events in wrestling history without the bias of being produced by any particular promotion.

However, after consistently earning the network the highest-rated programming in key demographics for 3 seasons, the future of the program was uncertain. While it has been removed from Vice's schedule, for now, the official word is that the show isn't dead yet. While things are still being figured out on that front, the team is working on a spinoff with Dwayne "The Rock" Johnson.

While Eisener attended this year's Fantastic Fest, we learned some exclusive details about this new venture with the People's Champ as /Film's Ryan Scott spoke to the filmmaker about his new movie "Kids vs. Aliens," which is playing at the festival. But over the course of the conversation, a few details came out about his new wrestling-centric venture with the 10-time World Champion/highest-grossing movie star.

Do You Smell What The Rock Is Cooking? 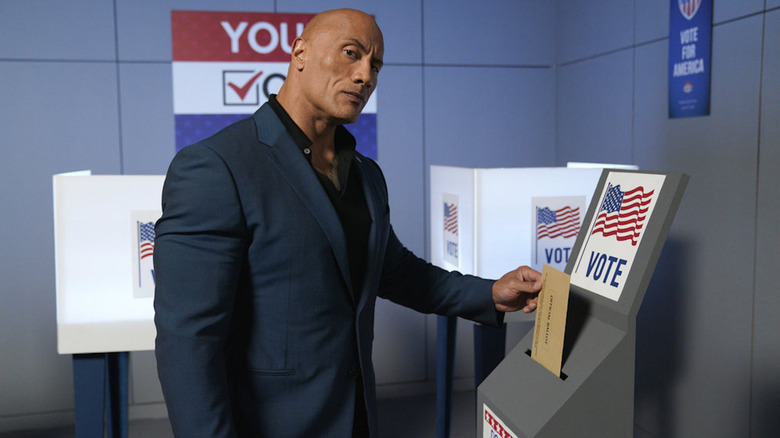 Titled "Tales From The Territories," this new show will be similar to "Dark Side of the Ring" in the sense that they will present stories from a bygone era with reenactments and interviews with some of the people that lived through them. But instead of one-on-one interviews, the spinoff will feature a roundtable of wrestlers telling stories. And rather than covering one unbelievable tale per episode, Eisener says that we'll get 5 or 6.

It's currently unclear what topics will be covered, but Eisener shared that things are moving along swimmingly thanks to Johnson. With the most famous person in the world attached as a producer, it seems like the process has been made a bit easier for the team. Eisener said of his hulking collaborator:

"He's great. He's a huge help, especially with any of the wrestlers we want to be featured on the show. He's friends with them all. They all have a lot of respect for him and they know that he is going to take care of them. And so he's been a huge help in getting talent, and then helping us do some voiceover stuff, and stuff with commercials."

While it sounds like WWE's "Table For 3" presented by The Rock (which isn't necessarily a bad thing), "Tales from the Territories" doesn't have to be as dark as its predecessor to be successful. Either way, regardless of when the series finally premieres, fans will be clamoring for it. With Eisener and company on the case, we can expect some insanely interesting and wildly emotional stories from the annals of pro wrestling history.

Read this next: The 50 Best Documentaries You Can Watch On Netflix Right Now (July 2022)

The post What You Can Expect From the New Dark Side of the Ring Spin-Off With Dwayne 'The Rock' Johnson [Exclusive] appeared first on /Film.