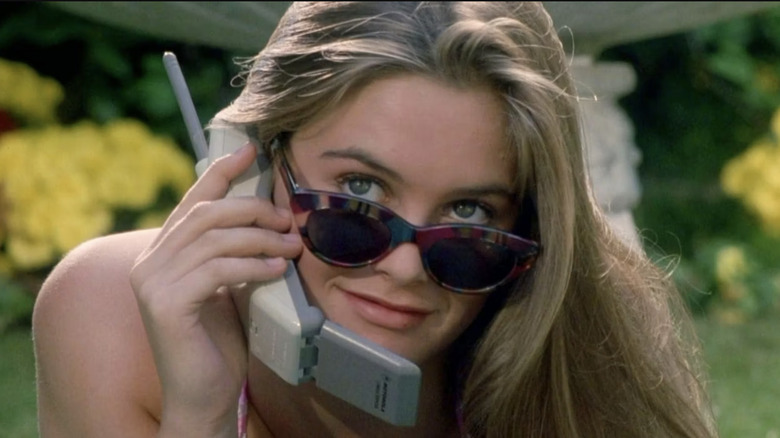 (Welcome to The Daily Stream, an ongoing series in which the /Film team shares what they've been watching, why it's worth checking out, and where you can stream it.)

The Movie: "The Crush"

Where You Can Stream It: Hulu and Peacock

The Pitch: Two years before Alicia Silverstone would become teen queen royalty for her performance as Cher Horowitz in "Clueless," she made her feature film debut opposite Cary Elwes in the evocative "Lolita" thriller, "The Crush."

The 1990s were a golden era for erotic thrillers, but few were willing to tackle the taboo nature of a sexually-forward teenage girl and a grown man who certainly knew better. Elwes plays a writer named Nick Eliot who moves to a new city for a magazine job, and rents the back house of Cliff (Kurtwood Smith) and Liv Forrester (Gwynyth Walsh), whose 14-year-old daughter, Adrian (Alicia Silverstone) becomes enamored with him. Nick stupidly kisses Adrian at a party, but upon realizing the error of his ways, attempts to set a boundary with her. Adrian, however, does not take kindly to his rejection, and her obsession only grows. Feeling rejected and angry that he's pursuing a woman his own age (Jennifer Rubin), Adrian begins to destroy Nick's property, ruin his friendships, and do whatever she can to try and get back in the good graces with the object of her affection.

Why It's Essential Viewing 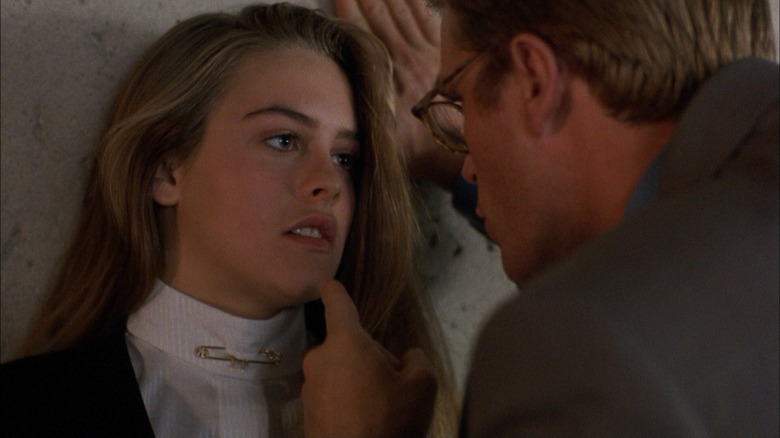 Let's make one thing clear: Nick is in the wrong from the very beginning and the fact that "The Crush" tries to place the blame on a teenage girl is laughable and inexcusable. Writer and director Alan Shapiro wrote the film based on a situation from his own life, even going so far as to name the character "Darian," the real name of the woman he based the character off of. She successfully sued him for doing so, which is why the film was re-edited with the name Adrian.

Truly bananas to think that just under 30 years ago, grown men were able to write films where they admit they were inappropriate with a 14-year-old and somehow make it out to be their fault. WILD! Adrian is clearly presented as mentally unstable, but this does not negate the fact that DUDE KISSED A FRESHMAN IN HIGH SCHOOL. Anyway.

With this acknowledgment out of the way, it's hard to imagine a feature film debut from a teen actor with the ferocity and star power of Alicia Silverstone. The character of Adrian is essentially an All-American teen girl's take on Glenn Close in "Fatal Attraction," and Silverstone is an undeniable powerhouse. Nick tries to brush off Adrian's affections as nothing more than a schoolgirl crush, but Adrian shows her dangerous hand from the very beginning.

Even without saying a word, Silverstone delivers a snarl or a raised eyebrow from behind a pair of sunglasses that screams, "I'm going to destroy you" with the volume of a bomb going off. The material is so intense and mature, and yet Silverstone wasn't even old enough to vote when she delivered one of the greatest villainous performances by a woman, ever. 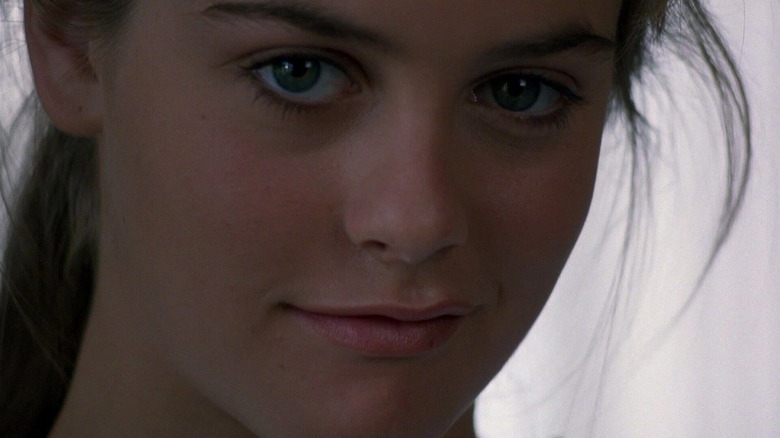 Due to its pulpy nature, "The Crush" was not received favorably by critics but has since developed a cult following. The film inspired a number of thriller and suspense movies throughout the 1990s and 2000s, but Silverstone's devilish performance remains unmatched. Adrian is presented as capital "E" Evil, and yet Silverstone is so undeniably charismatic you can't help but hope she tears Nick's life to pieces.

In recent years, the subgenre of "Good For Her" horror films has grown in popularity, with characters like Jennifer Check in "Jennifer's Body," Grace in "Ready or Not," Dani in "Midsommar," and the titular "Pearl" turning into aspirational idols. Alicia Silverstone's Adrian deserves to be a member of this esteemed club, as she was already destroying the lives of men who deserved it decades ago. The "evil temptress" is a trope as old as cinema, but few have ever delivered quite like her.

We all know while watching "The Crush" that the story is exploitative and sleazy, but if you give yourself over to the absolute ridiculousness of the plot, you'll find yourself dazzled by sheer camp greatness. Elwes plays a pathetic worm with perfection as he tries to defend himself as something other than a dude who absolutely got seduced by a teenager, but is no match for the ruthlessness of Silverstone's unhinged femme fatale. "The Crush" is what happens when the trashy crime stories usually reserved for Lifetime movies (this is a compliment) are given a studio budget, and a cinematographer that frames Silverstone in as many close-ups as humanly possible, letting a facial acting artist craft a masterpiece.

Read this next: Horror Roles That Changed Actors Forever