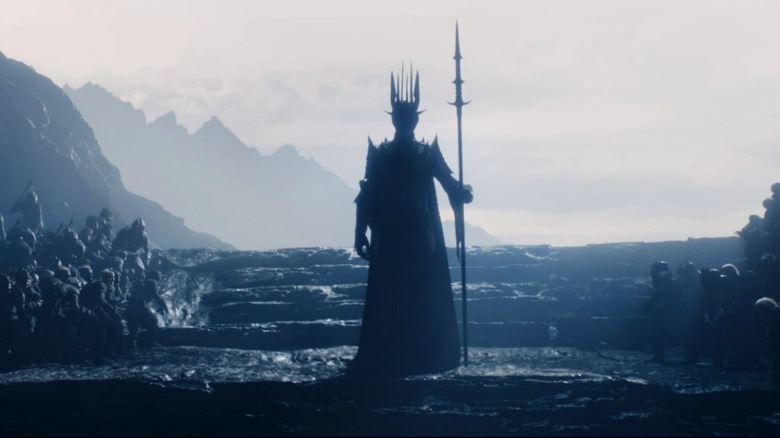 Spoilers follow for the fifth episode of "The Lord of the Rings: The Rings of Power."

It's safe to assume that those behind "The Lord of the Rings: The Rings of Power" knew exactly what they were doing by coming out of the gate with a series of (relatively) slower-paced episodes. Not only did this give viewers time to really dig deep into the little details that makes Middle-earth feel so vibrant and alive, but it's also given us an excuse to ramp up the speculation surrounding the show's big bad. Everyone knew that a series titled "The Rings of Power" would have Sauron show up sooner or later. Though we briefly glimpsed his recognizable silhouette early in the premiere, the dark lord has remained stubbornly in the shadows ever since -- but the same can't be said for his evil influence.

As emphasized repeatedly in the first episode, the emergence of strange signs and inauspicious events all across Middle-earth signaled the arrival of significant, world-changing events on the horizon. In way one way or another, all provided more evidence in favor of Galadriel's (Morfyyd Clark) assertion that Sauron had returned ... though in what form, exactly, we can't say just yet. Is this somehow the true identity of the unpredictable Stranger? Even though it may have been disproved once and for all in the last episode, will audiences give up on the idea that Sauron could perhaps be Adar (Joseph Mawle) instead? Am I Sauron? Are we all Sauron???

Even if we'll likely have to keep waiting for the other shoe to finally drop, Sauron's physical absence doesn't necessarily mean that he's been absent from the events that have been set into motion. From the questionable decision-making of the elves, to the dwarven obsession with mithril, to the island of Númenor preparing for war, all roads may lead back to Sauron. 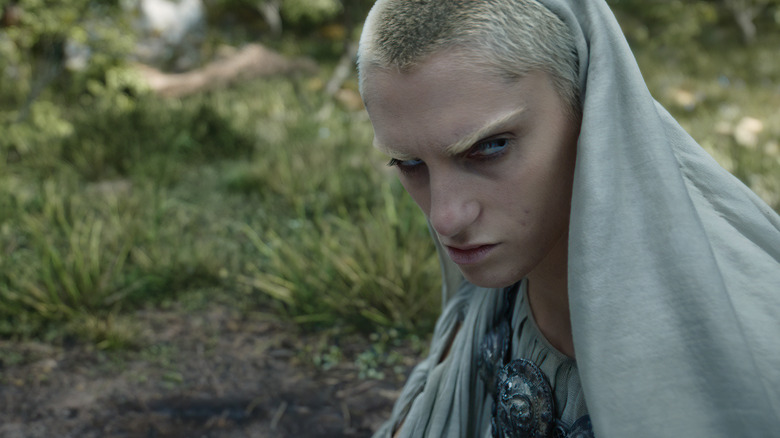 Fans of Peter Jackson's "The Lord of the Rings" may only know him as that flaming red eyeball or that spiky helmeted dude in the prologue of "The Fellowship of the Ring," but Sauron wasn't always so blatantly evil-looking. At the time of "The Rings of Power," the servant of Morgoth was well-known for his talent for deception -- including in his very appearance.

Described by author J.R.R. Tolkien as "fair" and taking the name of Annatar (which in elvish means "Lord of Gifts"), Sauron was much more uniquely positioned to cause endless amounts of mischief among the most powerful beings of Middle-earth -- particularly with the elves. You can likely see where this is going and how it'll eventually lead to those pesky rings that cause so much trouble thousands of years later.

But even though we haven't seen anyone named Annatar in "The Rings of Power," does that preclude the possibility of Sauron already beginning to pull the strings behind the scenes?

The Seeds Of Doom 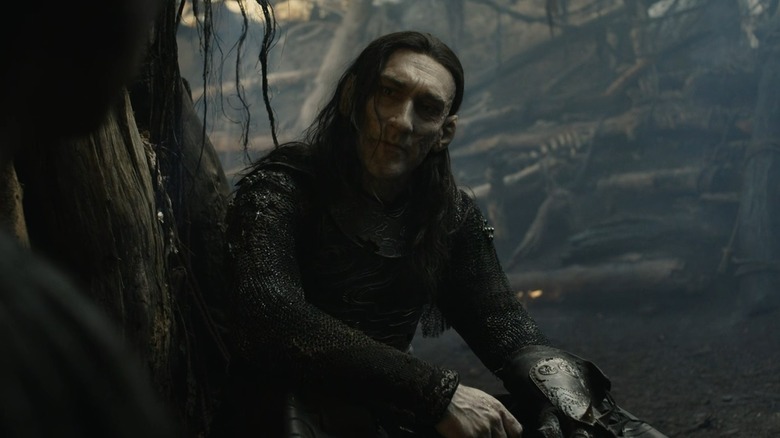 Take the actions of the elves, for one thing. In one of his first conversations with Elrond (Robert Aramayo), master craftsman Celebrimbor (Charles Edwards) could barely even hide his ambition in constructing a tower to host a forge; one strong enough to create items beyond imagination. Given what we know of this elf, that's certainly cause for concern. After the latest episode fully revealed the depths of Gil-Galad's (Benjamin Walker) own deception -- taking advantage of Elrond's friendship with Durin (Owain Arthur) to procure the precious and life-saving mithril -- combined with the strained relations between the elves and dwarves over the mithril just when it seemed as if they'd reached a newfound union, it's starting to feel like the elves can't quite be trusted.

Is the call coming from inside the house?

Although we know the broad strokes of Sauron's plan -- gift the rings of power to the most influential figures in the land, forge his One Ring in secret, and corrupt those under his influence to achieve his mission of world domination -- the particulars are certainly subject to change, depending on what changes and additions the creative team of "The Rings of Power" decide to make. But with the dark lord yet to be fully revealed, we can at least hazard a guess that the events currently unfolding in Middle-earth can only benefit him once he finally makes he grand reappearance.

The Onset Of War 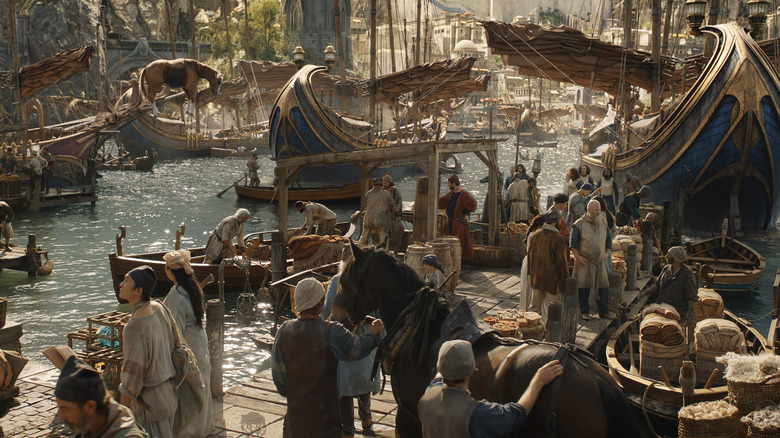 Look no further than the beginnings of full-scale war in the Southlands, where Adar's orcs are planning to launch a siege on the watchtower where Arondir (Ismael Cruz Córdova), Bronwyn (Nazanin Boniadi), and Theo (Tyroe Muhafidin) are currently holed up. That troublesome sword hilt in Theo's possession clearly has dark origins and, based on various context clues (check out the Bear McCreary score that kicks in whenever that hilt is on-screen), it certainly seems to have ties to Sauron himself. Although it remains to be seen whether Adar himself is an ally, a rival, or (less likely) Sauron himself, his orcs will undoubtedly play a central role in whatever plans that Sauron has laid.

Similarly, Númenor has also found itself divided over whether to follow Galadriel and idealistic Queen Míriel (Cynthia Addai-Robinson) into war. Considering Chancellor Pharazôn (Trystan Gravelle) going full mask-off in revealing his selfish political motivations in supporting battle in Middle-earth, there are quite a few major leaders in this world who seem to be playing directly into Sauron's hands.

Whether he's stirring the pot behind the scenes or hiding in plain sight, the show's big bad couldn't be more pleased with how the story is unfolding so far.

"The Lord of the Rings: The Rings of Power" airs new episodes on Prime Video every Thursday night.

Read this next: The Best Lord Of The Rings Characters Who Weren't In The Movies

The post Is Sauron's Plan Already in Motion in The Rings of Power? appeared first on /Film.