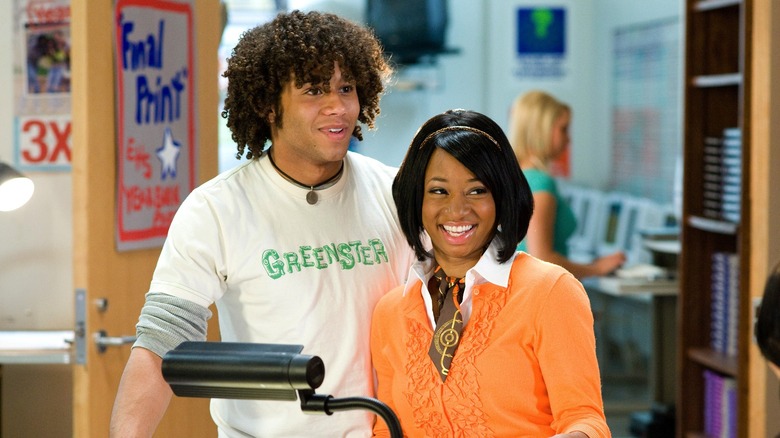 "We're all in this together" isn't just the catchiest earworm to ever come out of a Disney Channel Original Movie, it's also a way of life. As was announced today, some of the original cast members of "High School Musical," the 2006 Disney Channel Original movie that spawned a franchise, will be appearing on the next season of "High School Musical: The Musical: The Series," which is an actual show and the reason pop sensation Olivia Rodrigo had a reason to write an album of heartbreak bangers. OG cast members Corbin Bleu, Kaycee Stroh, and Lucas Grabeel have all already appeared in previous seasons of "HSM:TM:TS," but the trio will be joined by Monique Coleman, Alyson Reed, and Bart Johnson.

According to Disney, the appearances are part of a major season 4 storyline, where Disney (the real company but in the HSM universe) has decided to make "High School Musical 4: The Reunion," and wants to return to the halls of East High to do it. The season will feature new music and plenty of favorites from the film series.

Of course, as exciting as this reunion is for the older crowd, their appearances will cause some strife for the current students of East High. The kids have spent their entire lives living in the shadows of the stars of "High School Musical" and now as they're trying to stage a production of "High School Musical 3: Senior Year before they graduate, they have to worry about a gaggle of cringey old alumni returning to their glory days and encroaching on their turf.

What About Efron, Hudgens, And Tisdale?

The reunion news is exciting, but the casting announcement didn't include Zac Efron, Vanessa Hudgens, or Ashley Tisdale, the three teen idols who found breakout success following their appearances in the film franchise. A few months back, both Efron and Hudgens shared photos to social media of the two in front of East High, which has the entire "HSM" fanbase "betting on it" that the duo will make an appearance, at least in a cameo capacity.

"HSM:TM:TS" blurs the line between fantasy and reality (a lot like professional wrestling, honestly) in terms of how both Disney and "High School Musical" exist in the world, but I think even Disney would know that pitching an in-universe "High School Musical 4: The Reunion" would be foolish without including the three leading players. Tisdale has in the past stated that she'd never want to return to her role as Sharpay Evans, but "HSM:TM:TS" wouldn't be asking that of her, they'd want "Ashley Tisdale who played Sharpay Evans." I guess we're just going to have to wait for future announcements to see if the trio will make a return, or if they really did break free.

Read this next: The 20 Most Underrated Disney Movies You Need To See