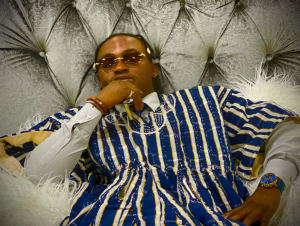 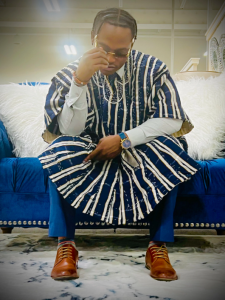 CINCINNATI, OHIO, UNITED STATES, September 23, 2022 /EINPresswire.com/ -- The new single “Be the Key” from Joseph Lanyo marks a significant shift in his musical career, providing newfound artistic freedom. Lanyo recognizes this song as an outlet for expressing himself without restraint. “Be The Key” is a celebration of an amazing year for Lanyo as a recording artist, one that has resulted in significant introspection and growth.

Music producer ThatboyJimmy created “a sick beat that really moved me to be authentic and genuine”, Lanyo shares. “Max, my engineer, took it to another level by adding live instruments.” Lanyo continues “I’m excited to see the reaction it gets from my listeners and the impact it has on their lives.”

He acknowledges the creation of this song has already changed him as an artist, prompting him to take initiative in personal growth and pursuit of dreams. The drive and inception for “Be the Key” was internal and personal. Joseph Lanyo takes his listeners through a thematic voyage of overcoming hopelessness while ultimately finding peace through a source greater than himself.

Lanyo notes confidence in creating vibes, knowing his music will be good simply because he enjoyed the creation process. His moving vocals flow over a rhythmic beat coupled with lyrical depth in “Be the Key”, proving once again he is not an artist bound by a specific genre. Lanyo believes in the conviction to “do it well” and pursues vulnerability in musical expression.

About Joseph Lanyo:
Joseph Lanyo was born and raised in Togo, West Africa, and relocated to the United States as a young teenager. This cultural integration has been a foundation for navigating his journey through music. Lanyo continues to build a loyal fanbase stemming out of his hometown in Cincinnati, Ohio, while connecting with supporters around the globe.

“Be the Key” will be released on all music streaming platforms this September 23, 2002. This song follows the release of his songs “Whine” and “Trust” in August 2022. His music is available on Apple Music and Spotify; more information can be found on his website https://josephlanyo.com