By EIN Presswire: Music Industry Press Releases on May 13, 2022 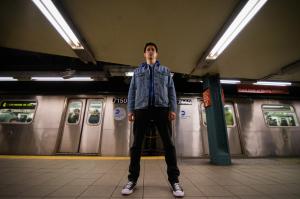 Boy Pierce in front of a New York City subway 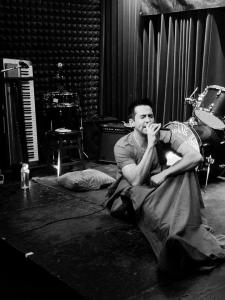 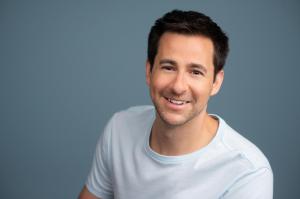 NEW YORK, NY, UNITED STATES, May 13, 2022 /EINPresswire.com/ -- On Tuesday, May 17, 2022, Boy Pierce will release his next project, "Alexander Hamilton but it's Homer Simpson." He plans to make the music video available on YouTube and other streaming platforms. Inspired by his recent performance at New York City's Off-Broadway Triad Theatre, the rapper and producer wanted to pay homage to Broadway while incorporating creative elements not seen before.

"Alexander Hamilton" is a well-known opening number from the 2015 musical Hamilton, which is a musical biography of one of America's Founding Fathers, Alexander Hamilton. Lin-Manuel Miranda, the world-renowned Emmy Award winner, wrote the original song. The score incorporates elements of hip-hop, R&B, jazz, and, of course, Broadway. Following his recent performance, Boy Pierce sought a way to combine one of his favorite musicals with a character many of us grew up with: Homer Simpson. The rapper grew up watching The Simpsons, one of the most influential cartoons of the 1990s. Pierce hopes that both Hamilton and Simpsons fans will enjoy this mega-convergence he has formed for the masses.

Through his music, the producer is on a mission to spread positivity, inspiration, and humor. His music is intended to make the listener happy and inspire them to pursue their entrepreneurial dreams, regardless of their day job, background, or age. By attending one of the artist's live performances, one can see this positivity radiating from him. People who attend his shows have unique experiences that they would not normally expect. Boy Pierce incorporates the audience into the show by having them sing choruses or choose which words he should rap about. The audience enjoys being a part of the experience that the incredibly talented musician creates.

Follow this link to pre-save the upcoming song "Alexander Hamilton but it's Homer Simpson." For more information, go to Boy Pierce's website at boypierce.com.